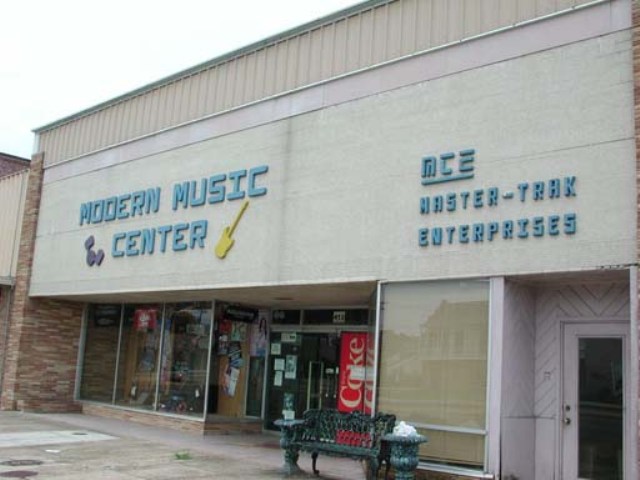 The Music Center in Crowley, Louisiana.
This was the location of J D Miller's recording studio, where all the great swamp blues music from the likes of Slim Harpo, Lightnin' Slim, Lazy Lester and Katie Webster were produced 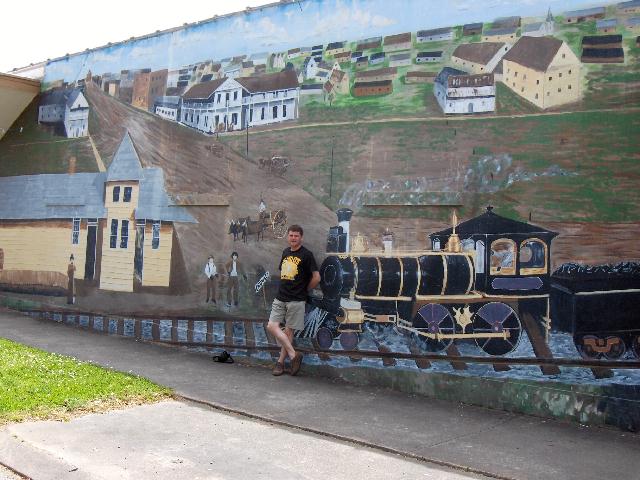 Nick poses in front of a mural just around the corner from Crowley's main street. These murals can be found all over Cajun country. 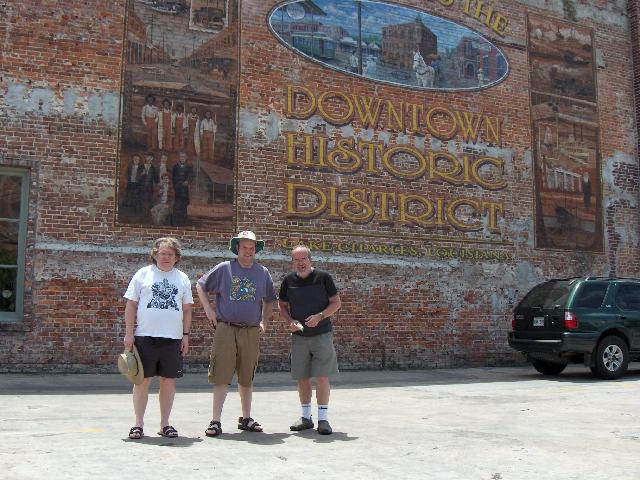 Another mural; this one is in downtown Lake Charles.
Alan Brian and John. 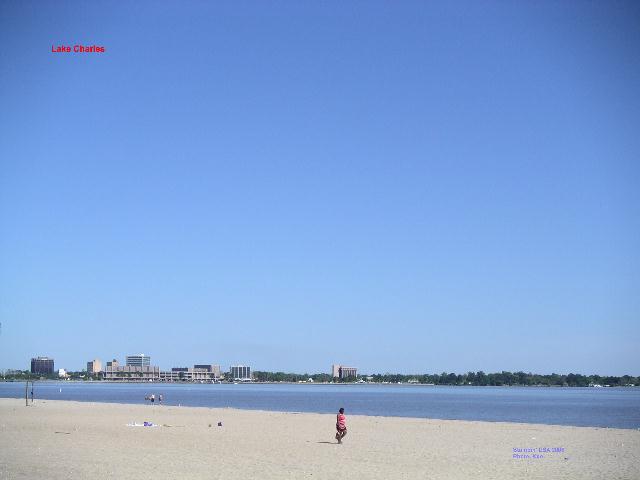 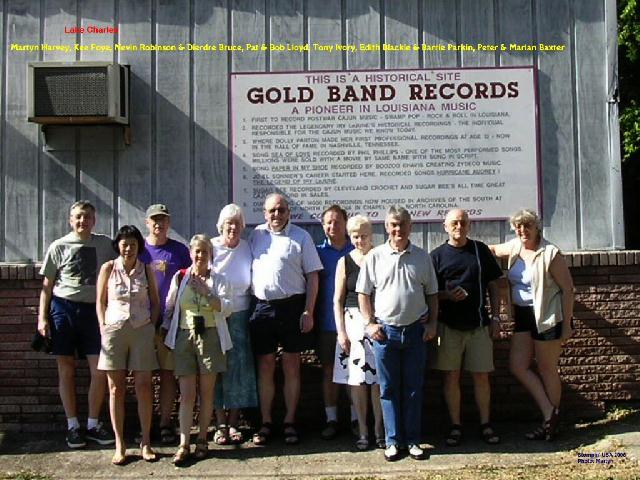 The studios where the late Eddie Shuler produced all those great records. Unfortunately, since this picture was taken, the building was badly damaged during Hurricane Rita Although the building will be repaired, the tower will not be rebuilt.

Back to "Cajun Country"

NEXT: Into the swamp - Bayou Black

Out and about in New Orleans

Down in the Delta